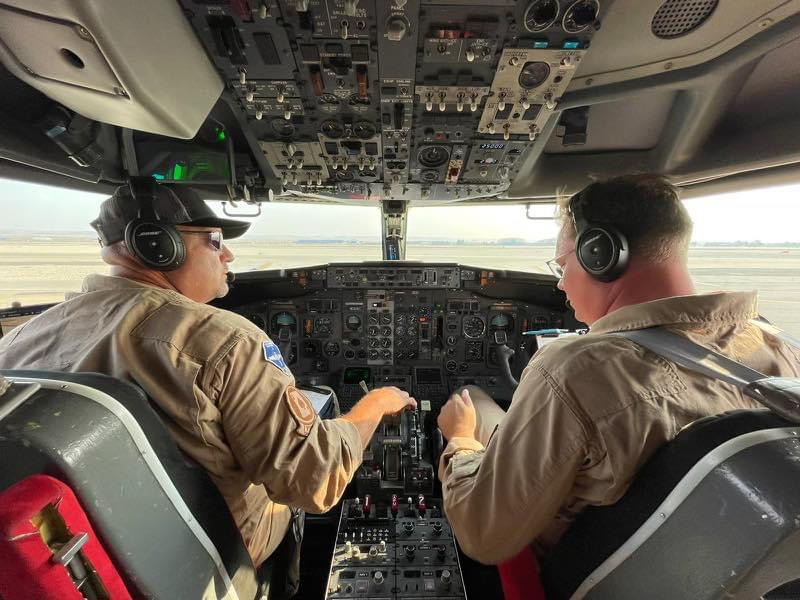 The NSW Rural Fire Service-owned 737 Bomber 210 is in the USA to assist firefighters and fire agencies as they face a tough fire season.

Already battling a number of large fires, the USA requested assistance. Bomber 210 is operated by Coulson Aviation Australia, based in Sydney New South Wales. It’s in the USA for a 45-day deployment.

The aircraft is being crewed by both Australian and North American Coulson team members during its time overseas.

The assistance being provided by Australia through Bomber 210 was recognised by US President Biden in remarks during a briefing on the country’s current wildfire situation.

“We also welcome the support of our allies, from Australia, for example, sending a large air tanker to which it’s going to begin flying missions this week,” President Biden said.

Within a week of being deployed, the New South Wales Rural Fire Service, with Coulson Aviation Australia crews, chalked up a first for the State, and for Australian firefighting with the NSW RFS large airtanker Marie Bashir, helping to fight a fire in the US.

The aircraft was used last week on the Soda Lake fire in Wyoming.

The team members are proud to assist communities under threat of fire and fire agency personnel on the ground where they can, across the world.