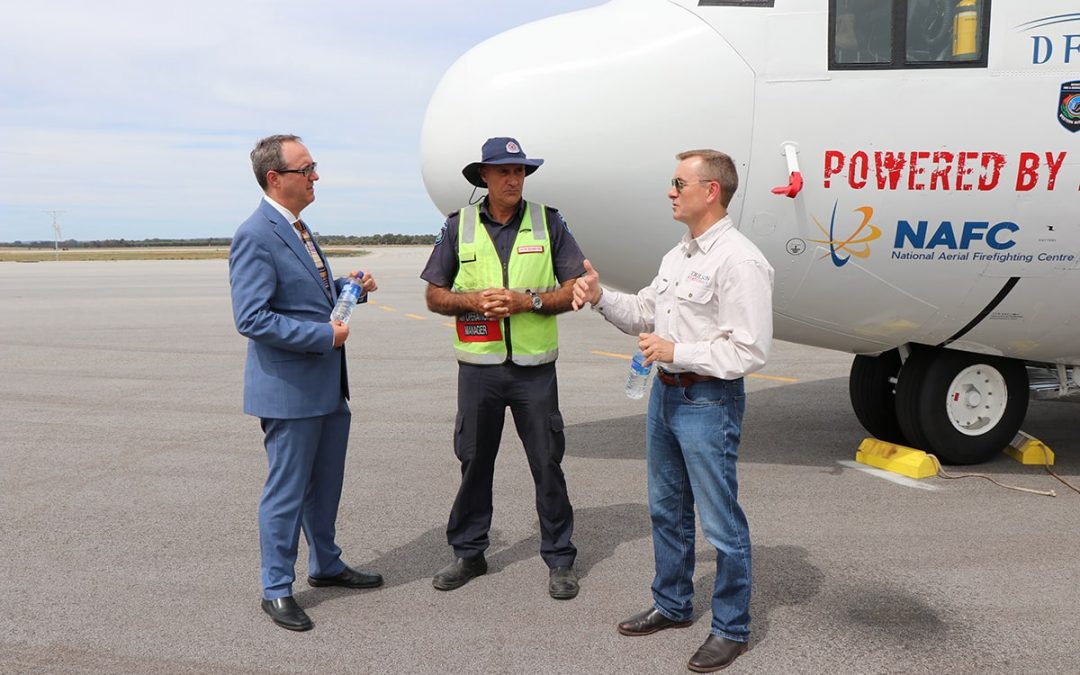 The Coulson teams were in Western Australia for around three months as part of the aerial support for WA through DFES. Coulson C-130 Ty was based at Busselton Airport for the summer period, providing vital aerial support to communities and firefighters during Perth’s recent Wooroloo bushfire.

Mr Smallhorn said it was a pleasure to meet with Consul General Gainer, DFES and Coulson team members, and to have their work as part of the bushfire firefighting efforts recognised.

“The teams in WA and across Australia work closely with government and fire and emergency services personnel and other operators in support of communities whenever they are needed,” he said.

“The efforts of everyone during really difficult times is amazing and we are proud to be part of the support provided not just in WA, but in NSW and Victoria as well.”

Consul General Gainer has been in Perth since August 2019 and is the most senior U.S. Government official in Western Australia.