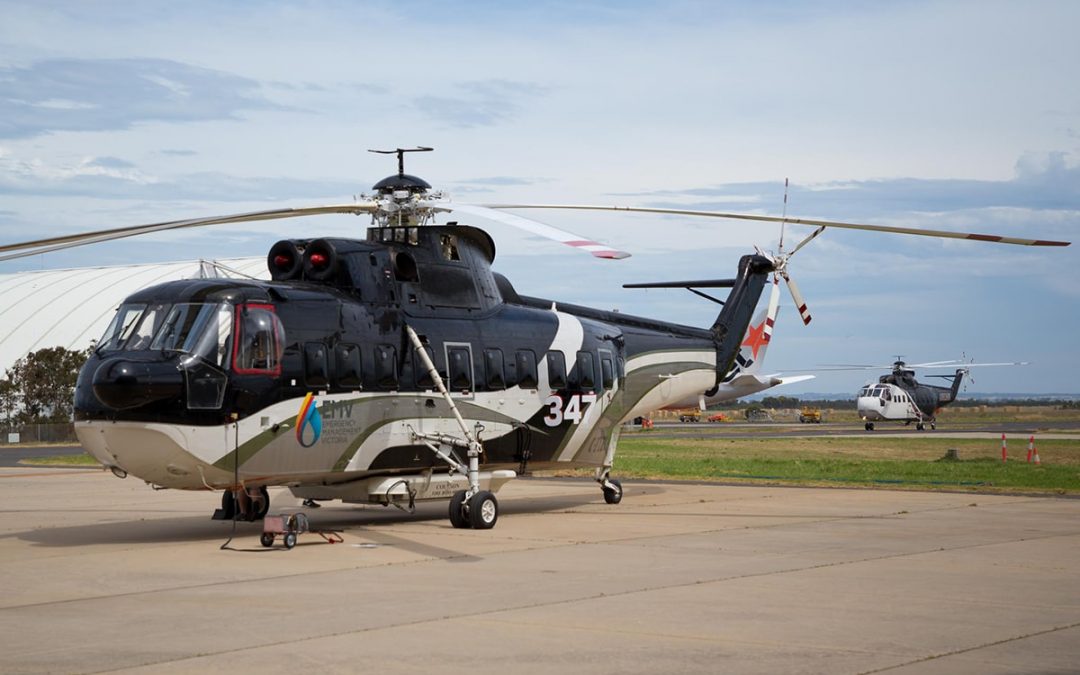 Coulson pilots Craig Havas and John Thorsteinsson with engineer Jim Clifford are in Colac, in the south west of Victoria with the S61 Sikorsky Helitak 347.

For Craig, who has an Australian and Canadian background, this is his second season with Coulson in Victoria.  Last summer he was based in both Mansfield and Colac.

The Colac-based Sikorsky S61 Helitak will be a familiar sight for locals as it works around the broader area with firefighters protecting communities.

It’s one of three Coulson Sikorsky Helitaks strategically based around Victoria and the teams work hard with firefighters and emergency services to protect local communities during the summer. The aircraft can be moved across the State depending on the risk.

“Last summer’s bushfire season was tough for many people and the Coulson team is proud to be returning to help support local communities,” he said.

Coulson has local and global team members working across Australia. Craig has come from working in California, Arizona and Nevada, and John has been flying in Arizona. Craig said the work was both interesting and exciting, but having the opportunity to help people out was a major driver.

Meeting the community members whose houses and properties they’re flying over was always a highlight as well as getting to meet the firefighters they’re working alongside so they become more than a call sign on the radio, Craig said.

Coulson has 4 Sikorsky helicopters in Victoria including the 3 Helitaks. A C130 is to arrive in the State soon and a 737 Fireliner due to boost the NSW Rural Fire Service airfleet shortly.