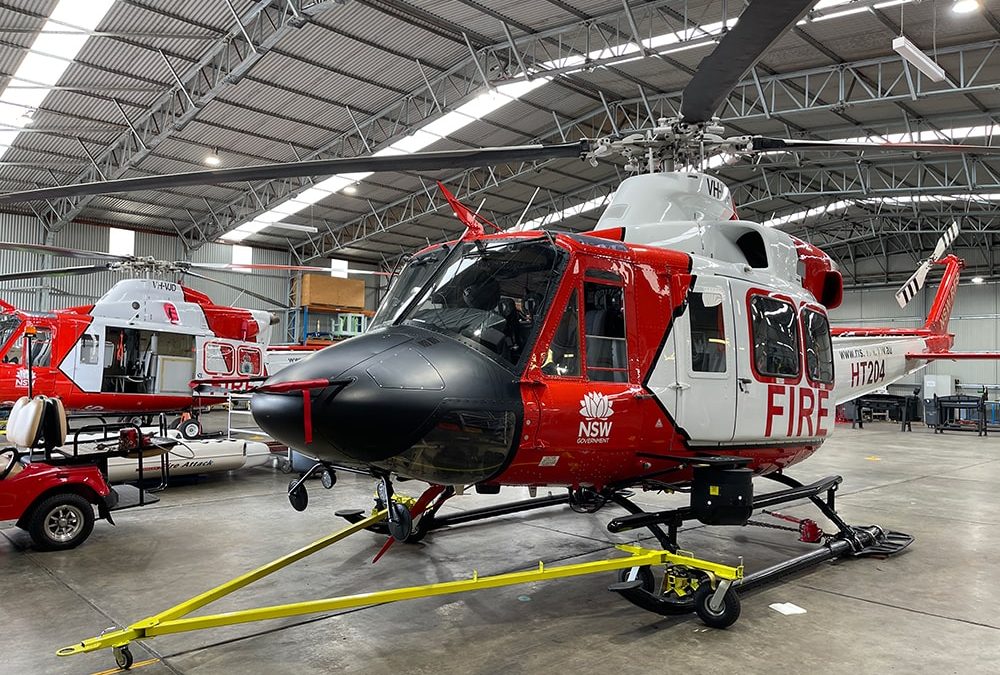 With a broad international work history behind him as a rotary wing engineer, Quintin Bonafede has been working for Coulson Aviation Australia since early in the year.

As a Licensed Aircraft Maintenance Engineer (LAME), Quintin is part of the rotary wing engineering team focusing on the New South Wales Rural Fire Service-owned Bell 412 helicopters operated by Coulson Aviation Australia. His love of aviation and the technical aspect of aviation engineering means he’s worked on a large range of helicopters in his career.

With 40 years in the industry and having traveled across the world in aviation as an engineer, manager, and business owner in industries including firefighting, Marine Pilot Transfer, policing, fire and VIP transport, Coulson is fortunate to have such a wealth of experience on the team.

When commenting on his extensive background in countries such as South Africa, the Netherlands, the UAE, and the Americas, he said, “I’ve been to places in the world most people have only dreamt about, and I’ve seen things most people have never seen.”

The variety of his work experience in aviation is what keeps Quintin in the industry and working for Coulson Aviation Australia continues that theme.