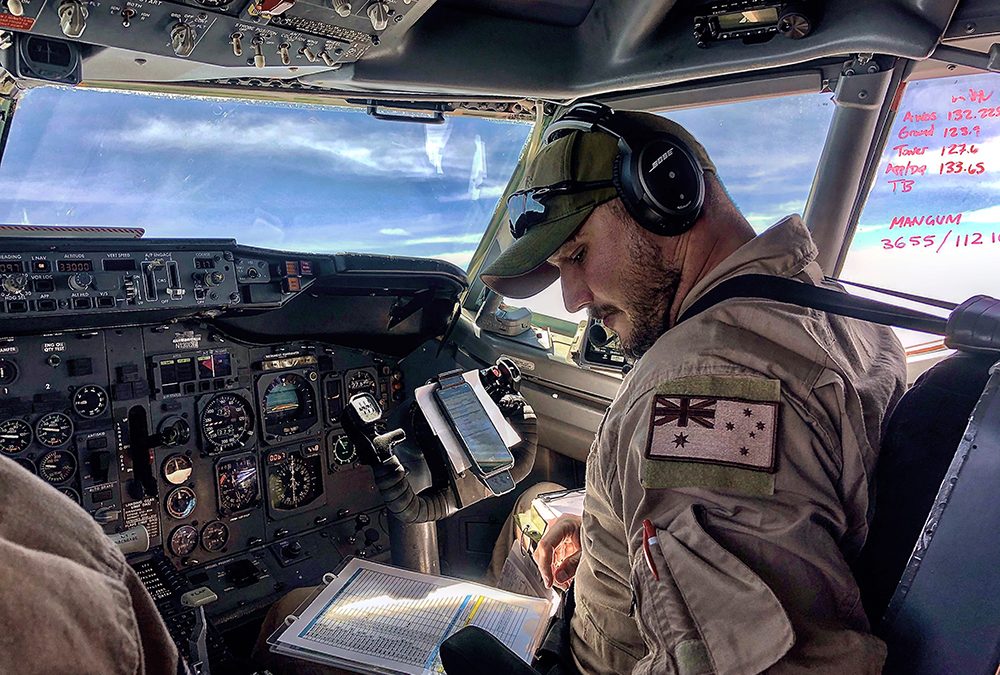 A little thank you on top of a coffee cup in the middle of Western Australia’s fierce bushfires earlier this year sums up one of the reasons ground and air firefighters do what they do.

It was at the end of an intense week during which two state-contracted Coulson large airtankers and an NSW RFS-owned 737 and Citation were in the air together helping impacted communities on behalf of WA’s Department of Fire and Emergency Services.

Coulson Aviation Australia Airtanker pilot Jon was flying the NSW 737 FIRELINER™ Marie Bashir and said the aircraft had completed 20 drops over two days due to the intensity of the fires.

“New South Wales sent two FIRELINER™s and the teams were happy to be helping, but it’s always sad and frustrating to see houses lost and the teams on the ground having a hard time” he said.

“Aerial firefighters work for the ground guys, and we’re there to help them. You can’t forget the seriousness of what you’re there to do.”

Jon is a dual rated fixed wing and rotary wing pilot as well as a helicopter crewman, and a current volunteer firefighter through both New South Wales and Queensland. Jon has a solid history of flying 737s which is a background that’s enabled him to transition from a commercial airline pilot to an aerial firefighter.

Regarding his work for Coulson Aviation Australia, he said the opportunity presented by NSW RFS to build a local aerial firefighting team was unique.

“This is the first time in Australian aviation history that there is an opportunity to have a full-time 365 aerial firefighting capacity with large airtankers like this,” he said.

“To be a part of it means being in a position to fly, which is what I love to do. It’s a special bonus to be part of an evolving team that prides itself on flying firefighting missions for our local communities.”

“Collectively there’s a lot of experience in aerial firefighting within Coulson Aviation. This is a unique role. You can’t just grab an airline captain and away you go. It’s ‘time in the seat’, and when you’re flying with these guys it’s clear that they’re seasoned firefighters,” he said.