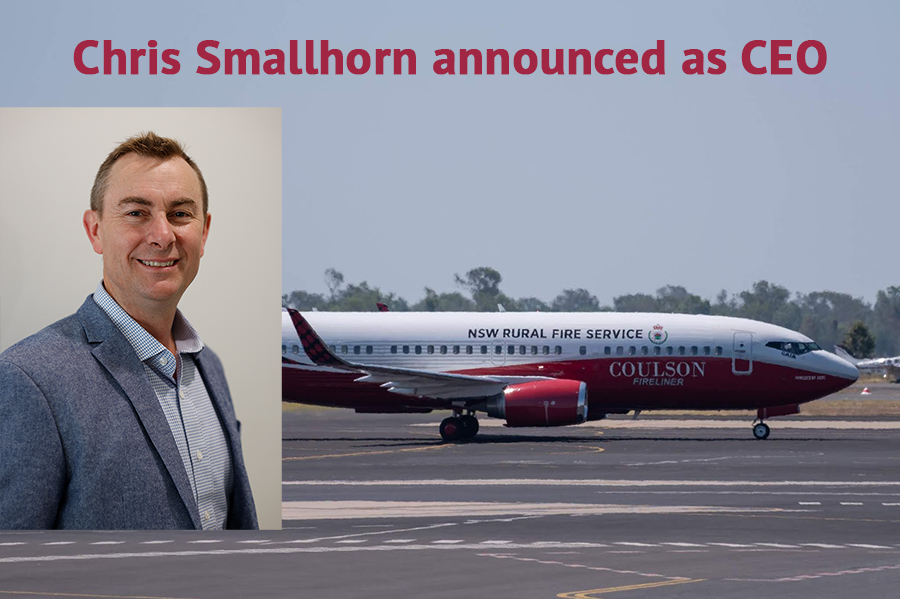 During a career of more than 30 years with the Royal Australian Navy, Chris has conducted multiple deployments and experimental flight testing programs, and held numerous command and staff appointments including Chief of Staff to the Chief of Navy, Director of Maritime Safety and Command of the Navy’s 816 Squadron, the Aircraft Maintenance and Flight Trials Unit, and the Fleet Air Arm.

He most recently served as the Director General Air and Land Combat Analysis in Defence’s Contestability Division including an extended period of time as the Division’s Acting First Assistant Secretary. In this role he lead a team of analysts independently challenging Defence’s major capability acquisition investment programs.

Chris has long maintained a keen interest in Civil Aviation safety and has years of experience as an Emergency Medical Services pilot. He is the Vice Chairman of Safeskies Australia, a not-for-profit organisation committed to the safety of aviation in Australia and beyond.

Coulson Aviation Australia has operated in Australia for more than 19 years and is in the process of expanding with the new home base in Bankstown, employing locally and partnering with local and Australian-based companies across a range of requirements.

Coulson has over 40 full-time employees based in Bankstown and Richmond to look after the Australian-based subsidiary of global company Coulson Aviation.  This includes the recent recruitment of almost 20 Australian-based pilots, aircrew officers and engineers, building local capability.

Mr Coulson said the clear intention for the Australian arm of the company was to continue to build that local capacity and capability, using Coulson’s global experience to transition more firmly into Australian-based crews that can also operate globally.

“We have a long-standing history of supporting Australian firefighting across multiple States, and local capacity and local partnerships are important to Coulson Aviation Australia as the company continues to grow,” he said.

“We are lucky to have Chris aboard to lead Coulson Aviation Australia; Chris brings a great deal of operational and strategic experience in aviation, civil aviation safety and innovation with his long service history with the Australian Navy here and overseas.

“He will continue to lead the expansion of Coulson Aviation Australia as we cement Australia as our second home. The appointment of an experienced military leader with a long-established connection with civil aviation demonstrates our commitment to our customers and the communities in Australia and our never-ending efforts to be the safest and most effective aerial firefighting company we can be.”

Chris, who takes on the role in October, said he looked forward to leading Coulson’s Australian operations in a challenging and dynamic time.

“Coulson Group is known for its passion for Australians, and Australian firefighting efforts. That passion was clearly on display during the recent devasting fire season across south eastern Australia.

“I have spent my entire working life in service of our nation with our military, and I am proud to be able to continue to serve our communities through the provision of the aerial firefighting emergency services Coulson Aviation is famous for across much of the globe,” he said.

“I’ll be leading a team of deeply committed and experienced team members and I look forward to working with and supporting the emergency services agencies and communities across the states of Australia and our region.”

Chris graduated from the Australian Defence Force Academy and Royal Melbourne Institute of Technology with a Bachelor of Aerospace Engineering and earned his Naval Aviators wings in 1993. Chris conducted numerous sea deployments flying the S-70B-2 Seahawk helicopter aboard Navy warships.

Following his training at the United States Test Pilot School he conducted experimental flight testing on multiple Australian and international flight test projects, major aircraft acquisition, modification and research programs.  His staff appointments included Chief of Staff Fleet Air Arm and Chief of Staff to the Chief of Navy while his command appointments included Officer in Charge of the Aircraft Maintenance and Flight Trials Unit, Commanding Officer 816 Squadron and Command of the Navy’s Fleet Air Arm.

He has also most recently served as the Director General of Air and Land Combat Analysis and as the Acting First Assistant Secretary of Defence’s Contestability Division. Former Commodore Smallhorn maintains a keen interest in Civil Aviation safety and is currently the Vice Chairman of Safeskies Australia, a volunteer role.