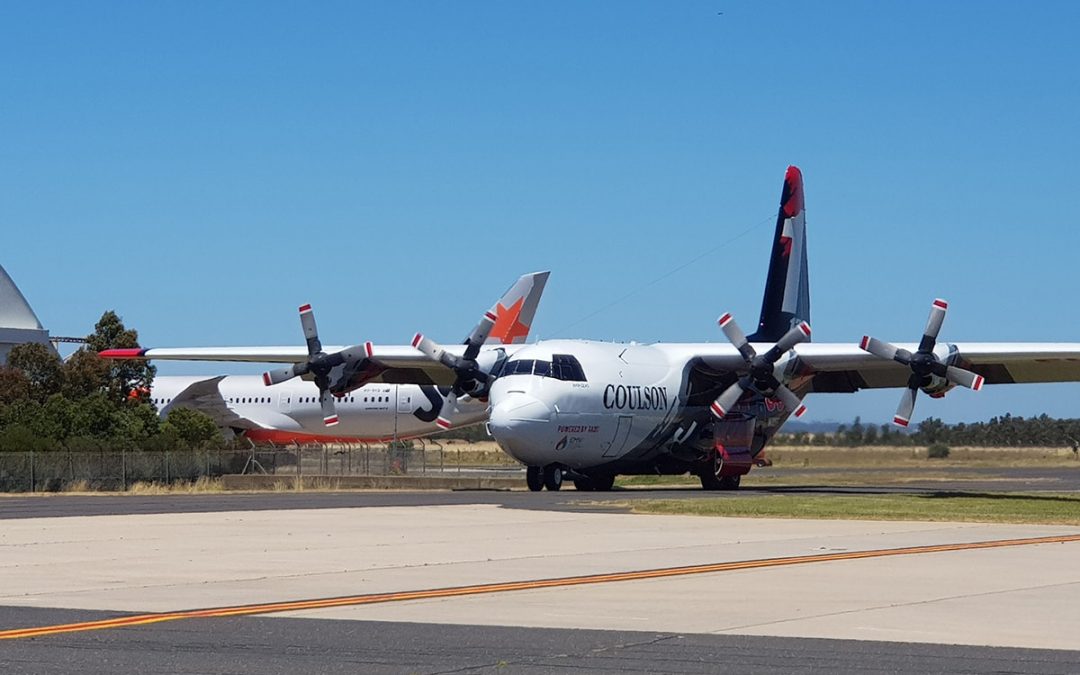 Coulson Aviation’s effective powerhouse fire fighting aircraft are now all in place and operating in Australia for the summer bushfire season.

One of the key assets of the Western Australia fleet this year is C130 Ty, otherwise known as Bomber 132, a newly commissioned Coulson high volume large airtanker to be based in WA.  A former Norwegian military aircraft, Ty has been overhauled, updated and loaded up with Coulson Aviation avionic and tanking systems and a new Coulson livery.

Western Australia is the first to benefit from TY in fire operations, with experienced Coulson pilots and crew on board.

Ty is in Australia funded by the Commonwealth Government, through a partnership with the National Aerial Firefighting Centre (NAFC) and will be available nationally as needed but based in WA.

Ty is one of two C130s in Australia this summer; the second is Hercules (Bomber 390) based in Victoria.

Coulson Aviation Australia CEO Chris Smallhorn said the previous Australian bushfire season was an incredibly difficult one for many communities and the emergency responders in each State.

The Seasonal Outlook December 2020 – February 20201 developed by the Bushfire Natural Hazards CRC indicates that weather conditions for the year to date, and the summer climate signals, mean that large parts of New South Wales west of the Great Dividing Range face above normal fire conditions, as well as grassland areas of the ACT and into north eastern Victoria.

Western Australia has largely missed out on the rainfall in 2020 and conditions are very dry, with parts of the south and south west coasts expecting above normal fire conditions through summer.

“Bushfires are inevitable across much of Australia during the summer, and as a global company that operates locally, our teams are in place and in some cases have already been assisting firefighters as the season gets going,” Mr Smallhorn said.

“The teams on these big aircraft have decades of flying and aerial firefighting experience and have worked in Australia many times before in some cases.

“They’re familiar with the terrain and work closely with the emergency services agencies to get the best outcomes for communities they are protecting side by side.”

Mr Smallhorn said Coulson Aviation has operated in Australia for 20 years, providing aerial support across multiple Australian States including during Black Saturday and most recently the Black Summer bushfires.