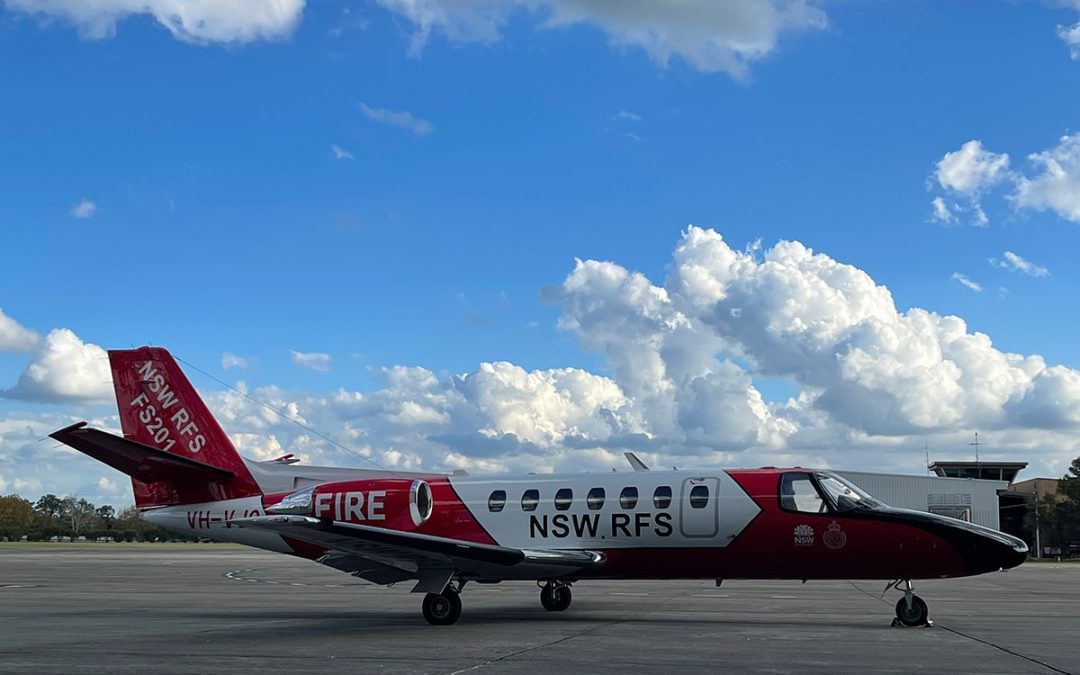 Pilot Tony Franc has an extensive background in the aviation industry, which includes the commercial airlines, and running his own flying school in Regional Victoria, Australia. Tony has also flown 12 fire seasons for the State. Aerial firefighting work has become a real passion for him over the last decade.

The high-speed Citation jets are new to New South Wales, acting as intelligence gathering birddog aircraft in service of the Coulson 737 FIRELINER™ aircraft operating in Australian fire seasons. Coulson Aviation has a robust training program in place, and this year’s quieter fire season meant plenty of time was used for training.

The past summer’s training consisted of “in air” training and ground training, including what Tony describes as “sandbox training”. Sandbox training uses a terrain model through which scenario-based exercises are undertaken. The pilots have to treat it like a live flight and work through the moves and calls according to virtual scenarios.

These training efforts will soon continue overseas when Tony travels to the USA to undertake training in the Citation simulator – something that’s not available here in Australia.

As part of the Coulson Aviation training program, international team members work across multiple countries with the pilots to transfer their extensive knowledge in aerial firefighting.

Tony said having the experience of the global Coulson Aviation pilots was invaluable, and the collaboration between the Australian and North American teams was superb.

Director of Coulson Aviation Flight Operations Fixed Wing John Gallaher has been working with the new team members in training. He said the new birddog pilots were extremely committed to the challenge.