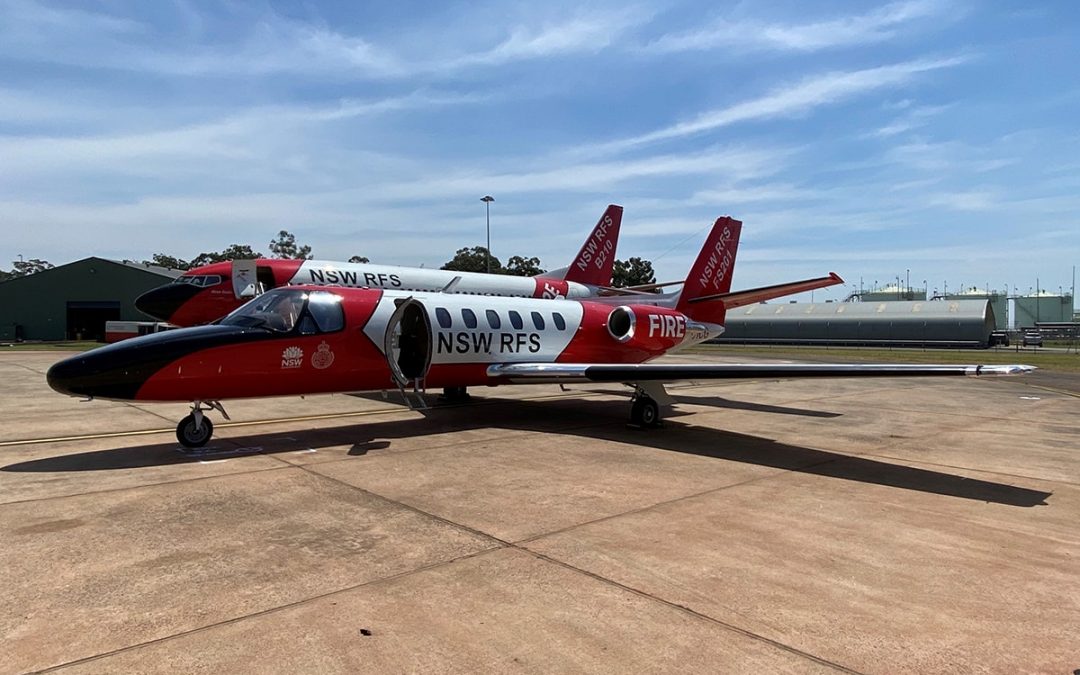 As New South Wales gets prepared for the bushfire season, Coulson Aviation Australia was proud to be part of the launch of the State’s firefighting aircraft at the RAAF Base at Richmond.

The range of equipment and capabilities were on display from the Large Air Tanker (LAT) Marie Bashir, helicopters and Citation ‘Birddog’ aircraft, as firefighters were winched and water bombers tested during a training exercise.

Two new Bell 412 Helicopters will this year further enhance capability across the state, operating from the Coulson Aviation Australia headquarters at Bankstown Airport.

The 737 and Citation 560 jet fleet will operate from RAAF Richmond.

The fleet will be deployed across the state.

‘Providing crucial and effective aerial firefighting and disaster support to the communities of NSW as members of the NSW RFS team has our full and total focus,” he said.

“These formidable aircraft form an important part of the arsenal with which our State’s emergency services keep us all safe.

Watch the NSW RFS video of the launch!

“It’s an amazing NSW capability that strengthens our resilience to respond in times of need.”