Not Just Fire, but Flood Too 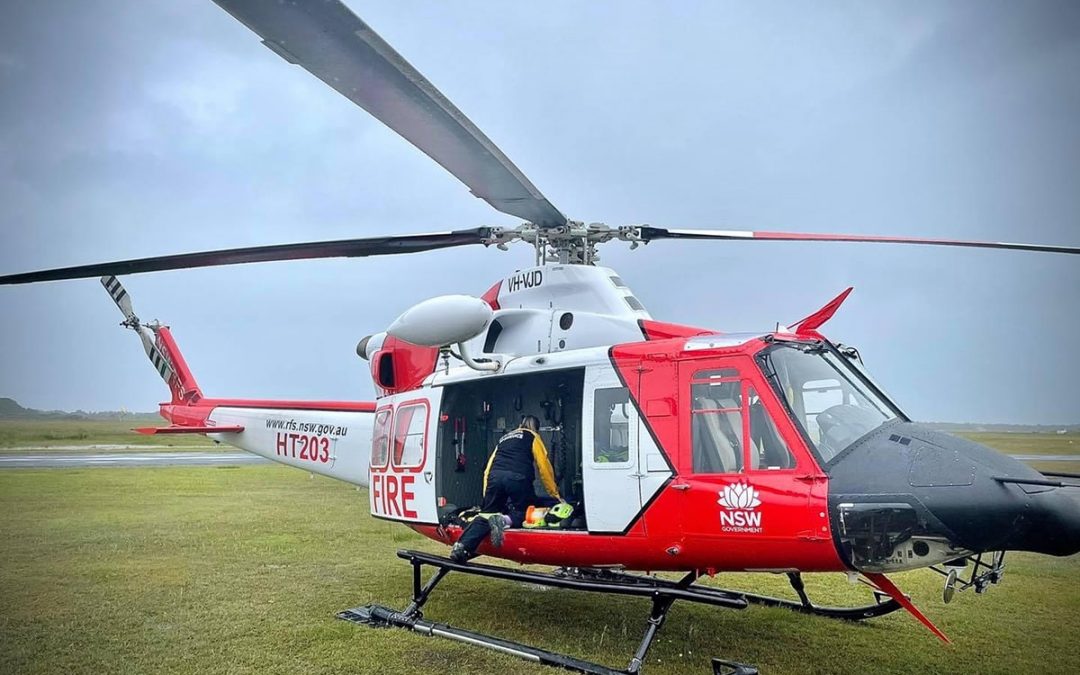 The New South Wales-owned Bell 412 helicopters have been helping the New South Wales State Emergency Service (NSW SES) and community members impacted by storms and flooding in the Mid North Coast of the State during December and January.

NSW SES has said that at one time up to 1,600 people were isolated by floodwater, though no evacuations had occurred.

The NSW RFS Bell 412 helicopters, operated by Coulson Aviation Australia, were helping the SES to replenish supplies and relocate people.

It’s important work and our team members are proud to support the work of the RFS and SES.

The Bell 412, two of which Coulson Australia operates on behalf of the RFS, have been configured as a multi-role helicopter to service the needs of the RFS including Rapid Aerial Response Teams (RART) programs. In addition, they are often tasked with specialist Aviation Rescue Crews to assist people in the direct path of dangerous fires, or the NSW SES in flooded communities.

Forward-looking infrared (FLIR) cameras are also being installed on the helicopters so crew members can provide important aerial intelligence to the RFS.