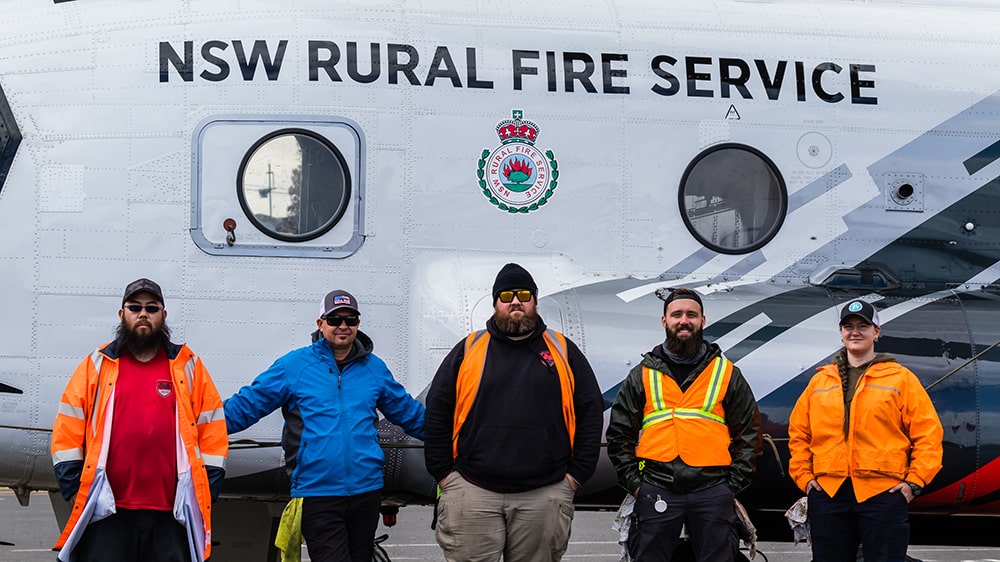 Coulson pilot Darren has flown in Australia before. Two years ago, he was based in Mansfield, Victoria on a Sikorsky S-61 during the 2019/2020 black summer fires.

The team were redeployed to Mallacoota during the devastating fires. The fire season was an intense one across Australia, where homes and lives were lost, and millions of hectares were burnt.

This summer, Darren will be flying a Chinook CH-47, which he describes as a “beautiful aircraft”.

Darren came from California, where both he and flight engineer Zack were based in Orange County working as part of the Quick Reaction Force (QRF) on a Chinook.

The QRF, which consisted of two CH-47 Helitankers operating between Orange and LA counties and a Sikorsky S61 in Ventura County, supported by a Sikorsky S-76 Firewatch, had a very busy summer in California, including working on the Caldor Fire and Antonio Fire.

Both Darren and Zack supported the QRF activity on the Caldor fire. Zack was also in Chile last summer as part of the Coulson work in South America.

The team has just started work in New South Wales for the Rural Fire Service on the first Coulson Chinook to operate in Australia under new contracting arrangements.