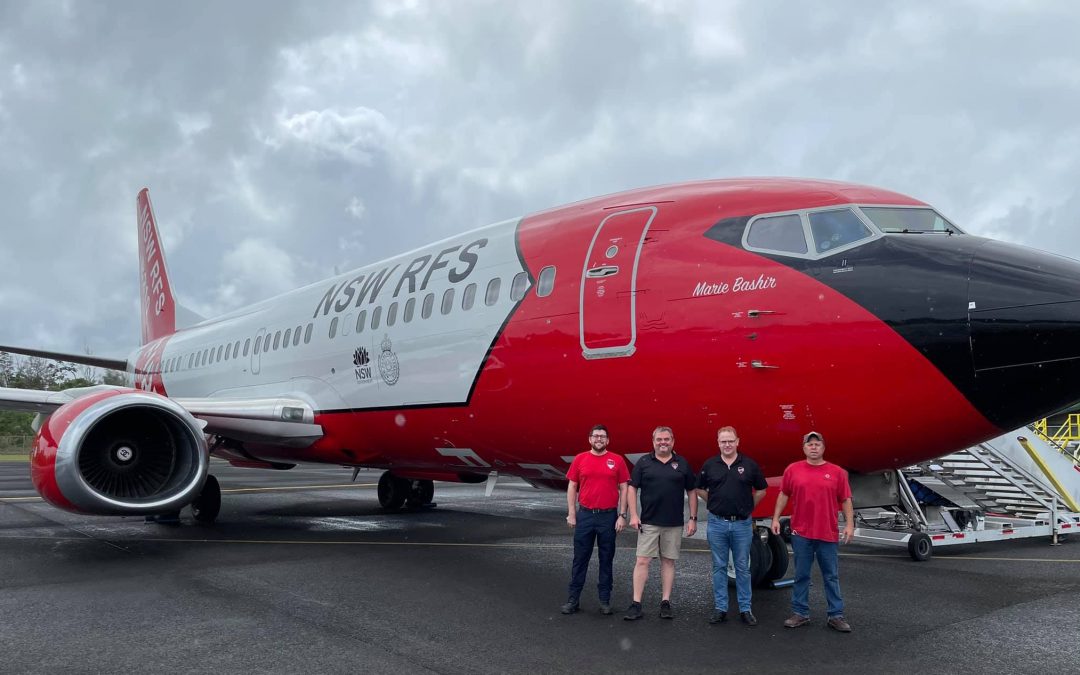 One of the Australian pilots who worked in the United States in 2021 during the difficult northern hemisphere fire season described the experience as invaluable.

But Tony’s background is diverse. He ran his own flying school, an aircraft charter business in Victoria, and undertook 12 years of aerial firefighting work for the State. He also worked as a commercial passenger pilot with Tiger Air, so his experience across different aircraft types is quite broad.

When New South Wales agreed to send its Coulson 737 FireLiner™ (Marie Bashir) at the request of the United States Forest Service (USFS), Tony flew it to California.

He then worked as part of the Coulson Aviation international team effort, flying with highly experienced 737 aerial firefighting pilots in a second Coulson Aviation-owned 737 FireLiner™, tail 137.

Coulson Aviation has a number of large fixed wing and rotary aircraft that have been working on contract in California, some of which spent last summer in Australia, all operated by Coulson team members who work across the world in a wide variety of aerial firefighting missons.

The NSW RFS’ Marie Bashir has since returned home to Australia in time for the NSW summer season.

The team worked fighting fires such as the Cottonwood, Bootleg, Deep Creek and Schneider fires – some of which were in mountainous and perilous terrain.

Towards the end of his deployment, Tony was able to complete his Citation simulation training as part of the “birddog” aircraft training and skills development. He said undertaking aerial firebombing missions in the 737 FireLiner™, and working with birddog pilots in that role, gave him a different perspective on the disciplines and protocols required for the mission teams to be effective.

Normally based in Bankstown, and at the NSW RFS Large Air Tanker Base within RAAF Base Richmond, Coulson Aviation Australia has ground and air teams with a passion for fighting for communities and working hand in hand with emergency services and other operators.

Coulson Aviation has operated in Australia for more than 20 years carrying out  aerial firefighting missions. Using large fixed-wing aircraft for aerial firefighting traditionally been a North American initiative, with some of the best pilots in the world spearheading advancements in process and technology. The Australian teams are now deeply immersed in the fight against fire all around the globe.