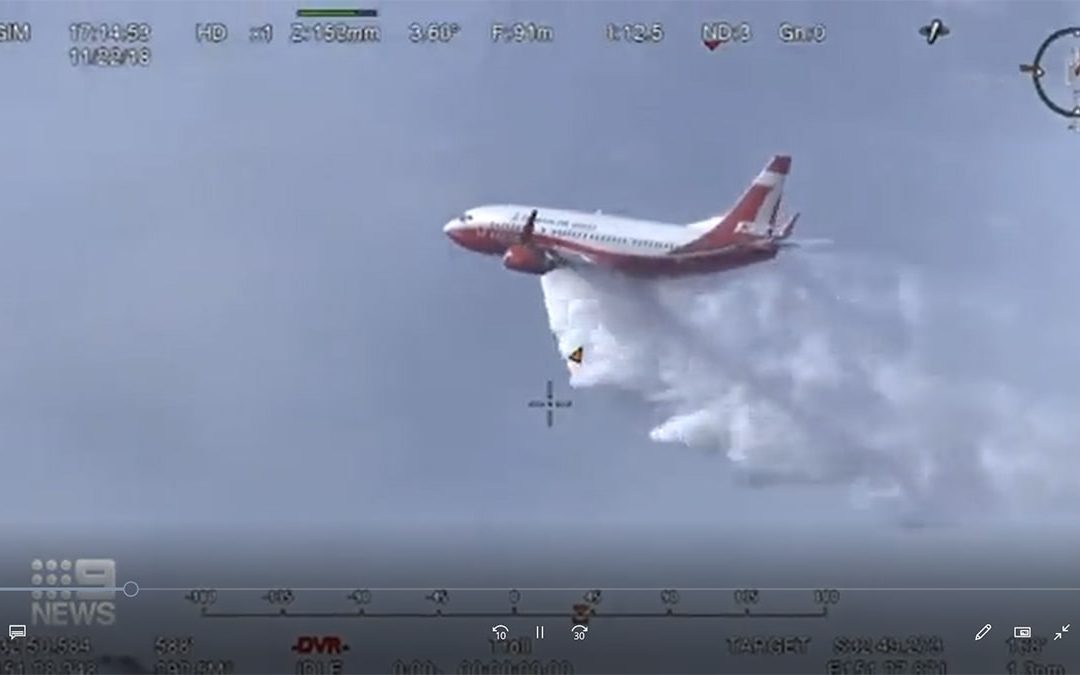 Coulson Aviation’s Boeing 737 FIRELINER™ has been contracted to the Australian Government for the summer to boost the nation’s aerial firefighting capability.

The 737 known as Tanker 137 is in Australia funded by the Commonwealth Government, through a partnership with the National Aerial Firefighting Centre (NAFC) and is available nationally as needed but based in Western Australia.

The FIRELINER™ is capable of dropping up to 4000 gallons or 15,000 litres of retardant or water, at flow rates of up to 3,000 gallons a second, the highest of any large airtanker.

Tanker 137 was the first of its kind to be modified by Coulson Aviation for aerial firefighting and conducted its first live fire drop in Australia in November of 2018. It has operated in Australia annually as part of the New South Wales fleet for the past 4 years. Tanker 137 flew in Western Australia last summer when that State was in need.

Coulson Aviation already has a C-130 Hercules and CH-47 Chinook operating in New South Wales, a Sikorsky S-61 is in Victoria and a second CH-47 helitanker is on its way to Melbourne as part of the summer fleet in those States.

“Our pilots, engineers and ground crews are some of the most experienced in the world with decades of flying and aerial firefighting experience,” he said.

“We have both Australian-based and international team members that support agencies in Victoria and New South Wales, and now Western Australia, in their firefighting efforts.”

Coulson Aviation Australia has headquarters at Bankstown and a base at Richmond RAAF base.