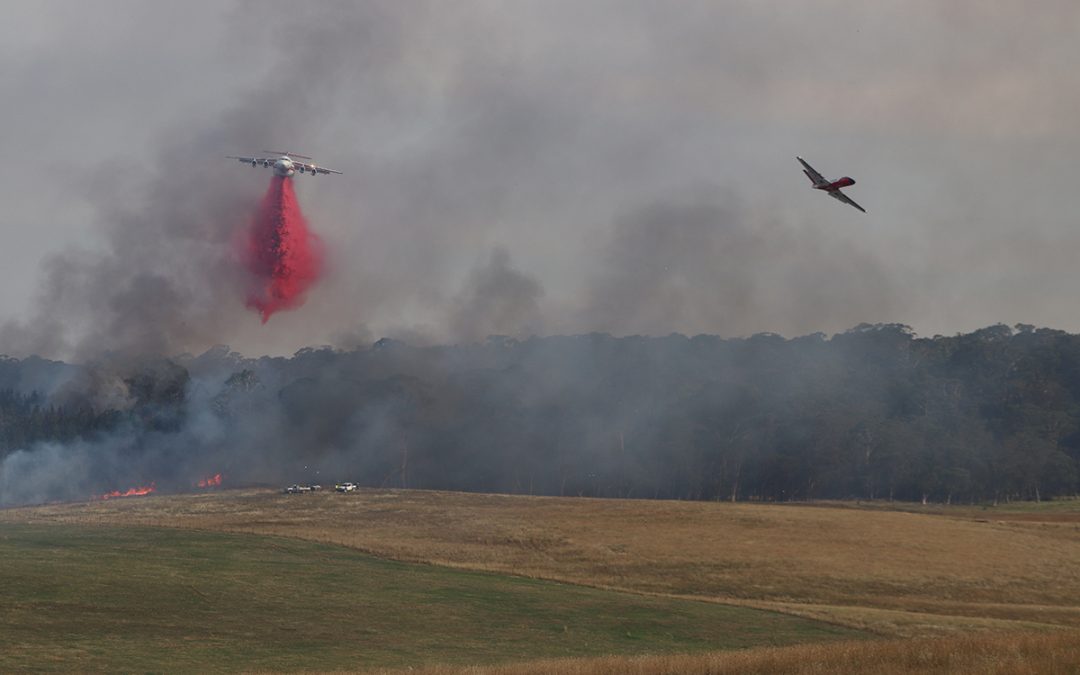 The traditional Australian fire season was quieter in 2021 than previous years, including in New South Wales, where seasoned pilot and Coulson Director of Flight Operations on Fixed Wing, John, was based for the summer.

Generally, it has meant even more time was spent on training, but this summer John has still been out on firefighting missions in the NSW RFS-owned 737 and the Cessna Citation – different sized aircraft with different roles.

John recognizes the benefit of having multiple certifications for aircraft and said, “Though each have different capabilities, performance numbers and limitations, the principles of aviation are the same”.

Early in the summer, John flew the Mila Mila firefighting operations in NSW, piloting a Citation in support of the 737 FIRELINER Marie Bashir.

While it was a fairly standard mission, it was the first time a high-speed jet had been in operation on a fire in NSW. It performed extremely well in its aerial supervision role.

Later, John flew the 737 to Western Australia, piloting one of three large air tankers that worked together fighting fires that where threatening communities in that state.

“What’s great about the job? The flying. I get to do something that is incredibly fun, incredibly rewarding because you’re helping community members and emergency services on the ground, and a challenge. Then I get the opportunity to pass that along to other people,” he said.