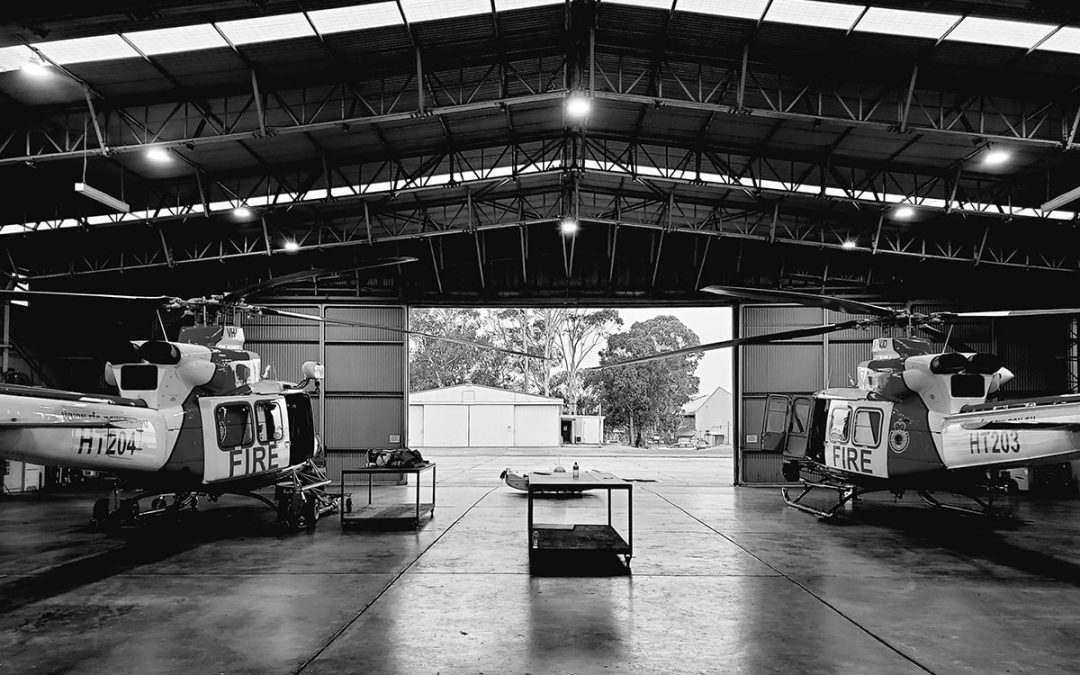 Rotary Wing Air Crew Officer Tim enjoys the variety of the tasks involved when working on behalf of the RFS.

“It’s our job but people are very grateful for the work that’s being done,” he said. “I like the diversity of the jobs we do. You don’t know what you’re going to be doing day to day.”

With a background in the military, Rotary Wing Air Crew Officer, Geoff, is familiar with fire and flood response duties.

“It’s still different when you go out and you see every day people impacted,” he said.

He’s been with Coulson Aviation Australia since August of 2020, and was attracted by the organisation’s potential.

“There’s a possibility of building something great and getting this up and running.”

412 Aircraft Maintenance Engineer, Macauley, has engineering experience working in both a corporate and aerial firefighting setting.

“We’ve got a really good crew here, that’s important. Working for Coulson Aviation Australia is something new – something that’s developing. This is just the start – there are lots of potential opportunities.”

“We have a team of people here for the right reasons and dedicated to their roles in our emergency services, and the communities we serve, with a focus on supporting and growing an all-hazards emergency capability within the Australian aviation industry,” he said.