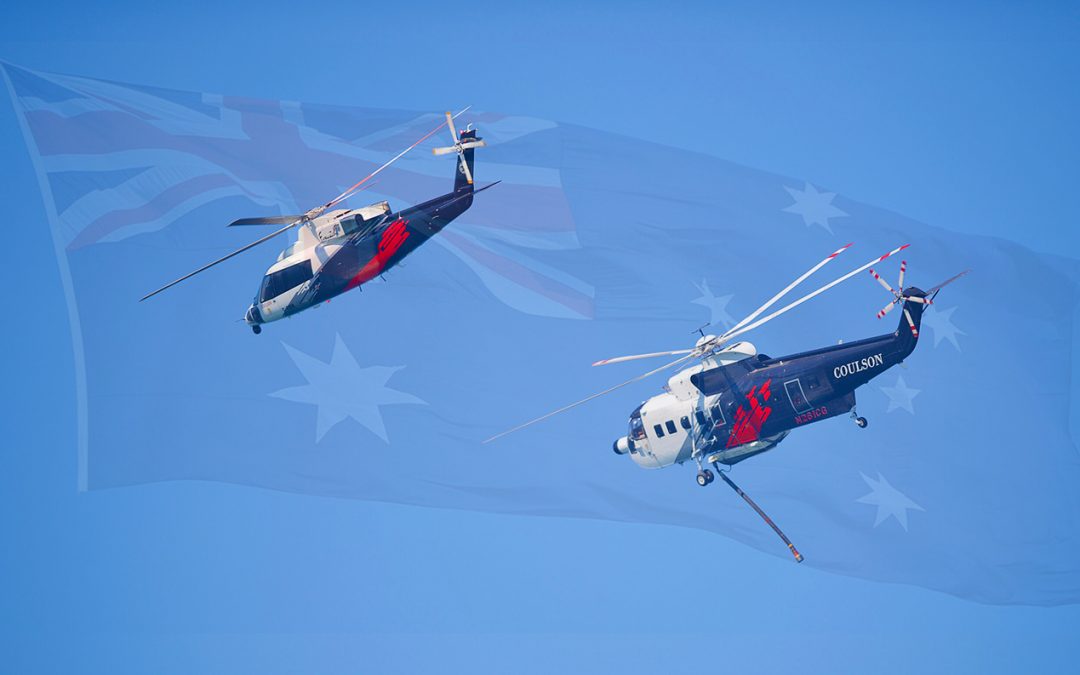 He will continue that work in this new strategic role as part of Coulson Aviation Australia’s broader support to Australia in the aerial firefighting and disaster relief sector.

Building upon Coulson Aviation’s decades of experience in North America, Australia, South America and Asia, the clear intention for the Australian arm of the company is to build local capacity and capability, using Coulson’s global experience to transition into Australian-based crews with the ability to operate across the world.

As Mr Smallhorn takes on the new role, Britt Coulson, President and COO for Coulson Group will step in as CEO and Accountable Manager of the Australian AOCs. Britt is currently the Accountable Manager for the company’s Canadian and USA Operations and this will assure a seamless transition.

He will continue to work with the Australian Heads of Departments and Coulson Aviation Australia Board members to maintain a strong operational focus in support of customers.

The Coulson Aviation Australia operation commenced in 1999 providing aerial support across multiple Australian States and has evolved to have significant operational bases in New South Wales (Bankstown Airport and RAAF base Richmond).

As well as bringing in heavy seasonal aircraft to the country, Coulson Aviation Australia employs approximately 40 Australians including pilots, crew, engineers, and ground operation staff for the NSW RFS-owned 737 Fireliner, two Cessna Citation jets, and two Bell B412 helicopters. These team members work hand in hand with the international teams.