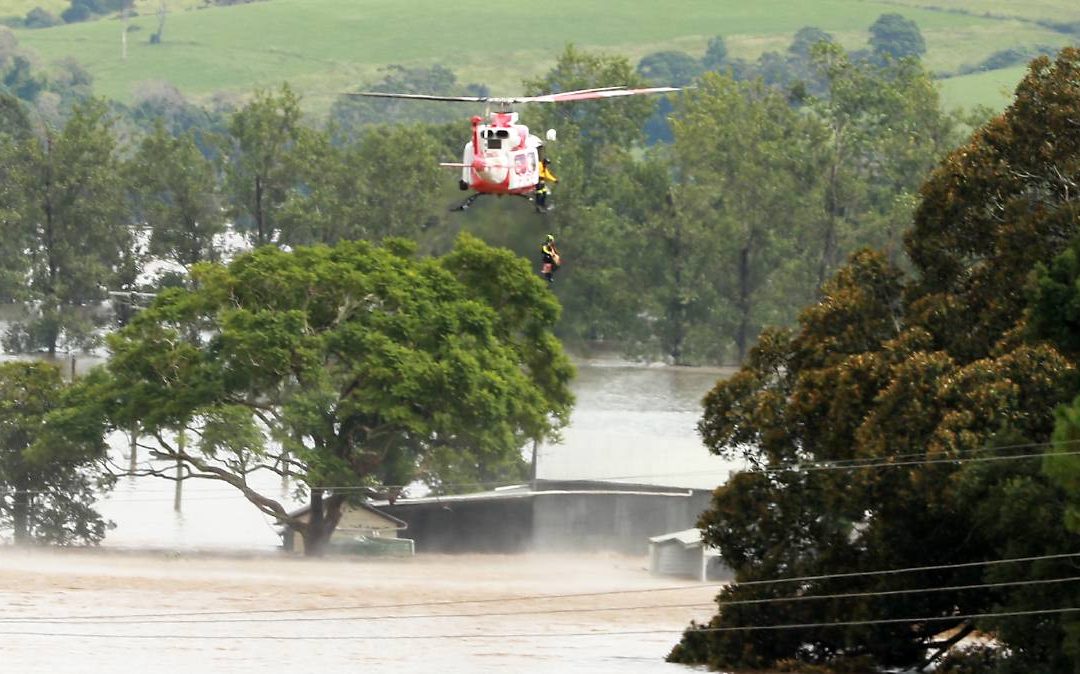 Coulson Aviation Australia is supporting the New South Wales emergency services as part of the organisation’s role operating some of the NSW Rural Fire Service aircraft as the State experiences extreme flooding.

NSW RFS has been assisting NSW State Emergency Service and others as part of the multi-agency efforts to support community members severely impacted by the floods.

These photos and short video show the teams in action undertaking flood rescues and supply delivery in Taree, near Kempsey as communities suffer under the deluge of rain and subsequent flooding across a large part of New South Wales:

Coulson Aviation Australia CEO Chris Smallhorn said the multi-agency efforts of the NSW emergency services personnel, both volunteer and paid was impressive to see, as was the resilience of the community under difficult circumstances.

He said the RFS-owned multi-functional Bell 412 helicopters were proving their worth and Coulson pilots, engineers and mechanics would likely be kept busy in their support roles for some time.

“I know our team members are really proud to be able to support the community through the NSW RFS, and working side by side with the SES, Police and others in the response,” he said.

“We hope that everyone working in the flood operations, and all the affected community members stay safe. I know they’ll continue to work together even as the water starts to recede and the full impact is known.”