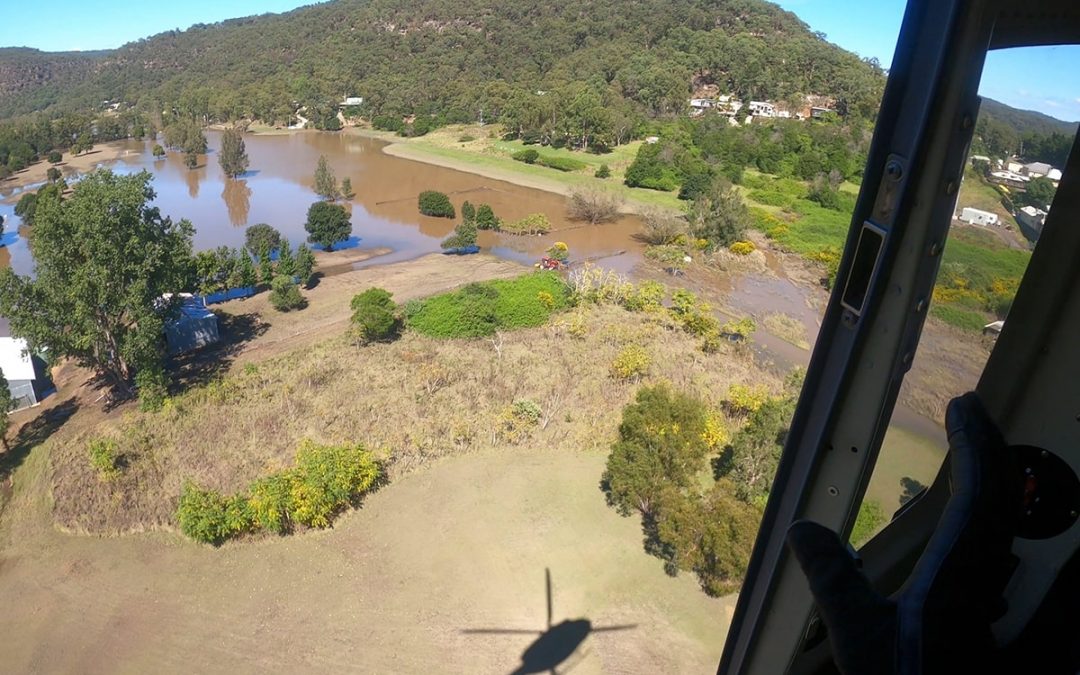 “It’s our job, but people are very grateful for the work that’s being done”.

At the time of this post some of the flood waters are beginning to reside, but other communities remain isolated. In this mission critical situation Coulson crews have been delivering vital supplies such as food, medicine, and generators to the flood-isolated communities.

Tim is a Rotary Wing Air Crew Officer with Coulson Aviation Australia. His background as a volunteer firefighter with the NSW RFS, and a permanent firefighter with Fire and Rescue NSW, he is familiar with missions to save and help people affected by natural disasters.

“It’s hard to see such a vast amount of devastation. There are generations of history out there. The community members are resilient and they prepare themselves well, but some have started to run out of supplies”, he said, “It’s our job, but people are very grateful for the work that’s being done”.

Coulson Aviation Australia Rotary Wing Air Crew Officer Geoff has been working in Coffs Harbour and Port Macquarie for the past two weeks.

With NSW emergency services, Officer Janson has been involved in welfare checks of residents as well as food and medication drops. This included dropping 300 litres of milk and food into the town of Hat Head, which had been completely cut off.

“There is a lot of devastation. With a background in the military, he is familiar with fire and flood disasters. “It is still different when you go out and you see every day people impacted,” he said.

The photos presented in this post reflect the work being done by so many, and an example of the flood devastation that many communities are facing at this time. However, there will be long-term affects on these communities still to overcome.

When the people of Australia are ever in dire need due to natural disasters such as flooding or fire, Coulson Aviation Australia will be there dropping in with life-saving supplies and equipment.