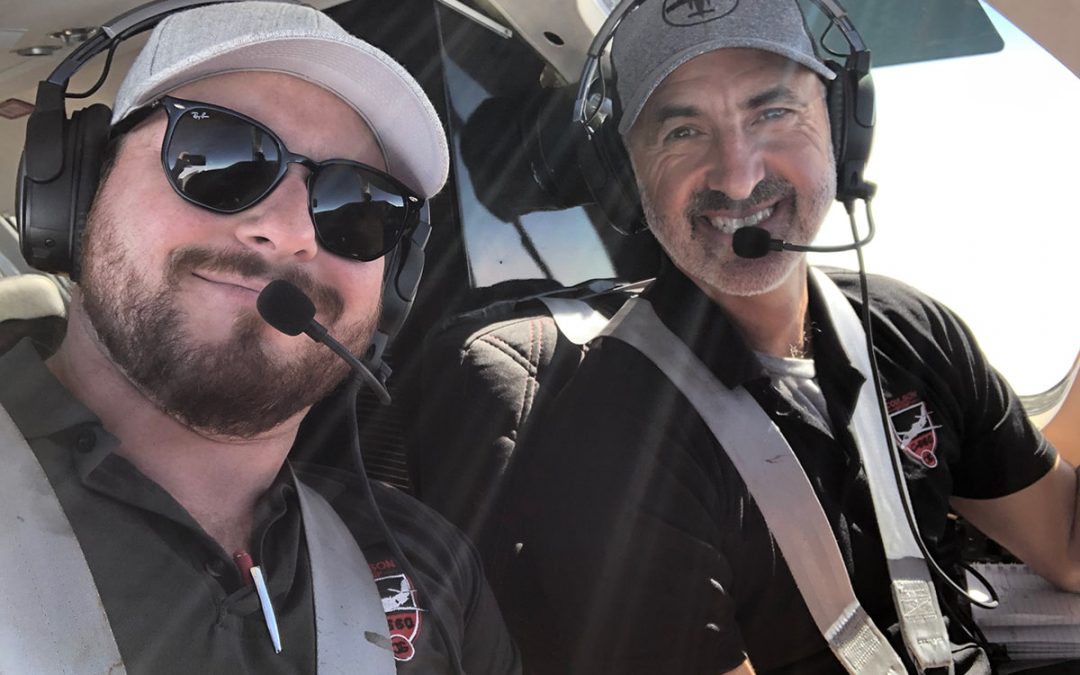 Bringing the Cessna Citation 560, owned by New South Wales Rural Fire Service, home from Port Alberni, Canada was a memorable journey for the two Australian pilots charged with the job.

Navigating stops in multiple countries during a time when security and the COVID-19 pandemic is top of mind was an interesting challenge for birddog pilots Michael and Jamie.

The ferry trip took four days across countries including Russia, Japan, the Philippines and Indonesia before landing in Australia. Once home, the two pilots underwent a 14-day quarantine as per the COVID-19 federal and state government protocols.

Michael and Jamie are two of four birddog pilots working on behalf of NSW RFS through Coulson Aviation Australia. Both have extensive aviation experience.

Michael started his first flying job doing charter flying in Alice Springs, Darwin, and Brisbane. He joined Virgin Australia in 2011 and flew long haul on the B777 for three years, subsequently flying the B737 on the Trans-Tasman, Pacific Islands, and Australian domestic routes.

Jamie started flying in New Zealand before moving to Hervey Bay and Gold Coast, conducting charter flights out to Lady Elliot Island. His background includes flying in PNG and in India.

Both completed their C560 endorsements in the USA last year and have continued birddog training with Coulson Aviation’s experienced Canadian and North American team members. They are in the operational phase of their training – requiring experience on a full spectrum of fires before receiving the final sign off as qualified birddog pilots.

The NSW Citation V (C560) is designed to be a dynamic multi-role aircraft for fighting fires in NSW.

Its primary role for RFS is conducting lead plane work for the tankers as well as aerial supervision of all assets while on the fire. All flying is operated as a single pilot operation with an RFS Air Attack Supervisor in the right-hand seat.

Its secondary, but vital role, is gathering fire intelligence to support decision making for operational commanders in planning and executing the suppression of the fire.

“When every minute counts in fighting fire, we have to ability to fly to the fire at over 400 knots, keeping up with the B737 and other Jet LATS,” he said.

“We can then slow the aircraft to as low as 110 knots whilst over the fire and still maintain adequate and safe operating margins. We’ll be able to deliver reliable fire intelligence to assist all parties in their decision-making process and give the crews on the ground the most up to date and accurate information.”

Jamie said they were looking forward to working with the air attack supervisors and ground firefighters as part of enhancing the overall safety and effectiveness of the NSW RFS aerial firefighting operations.