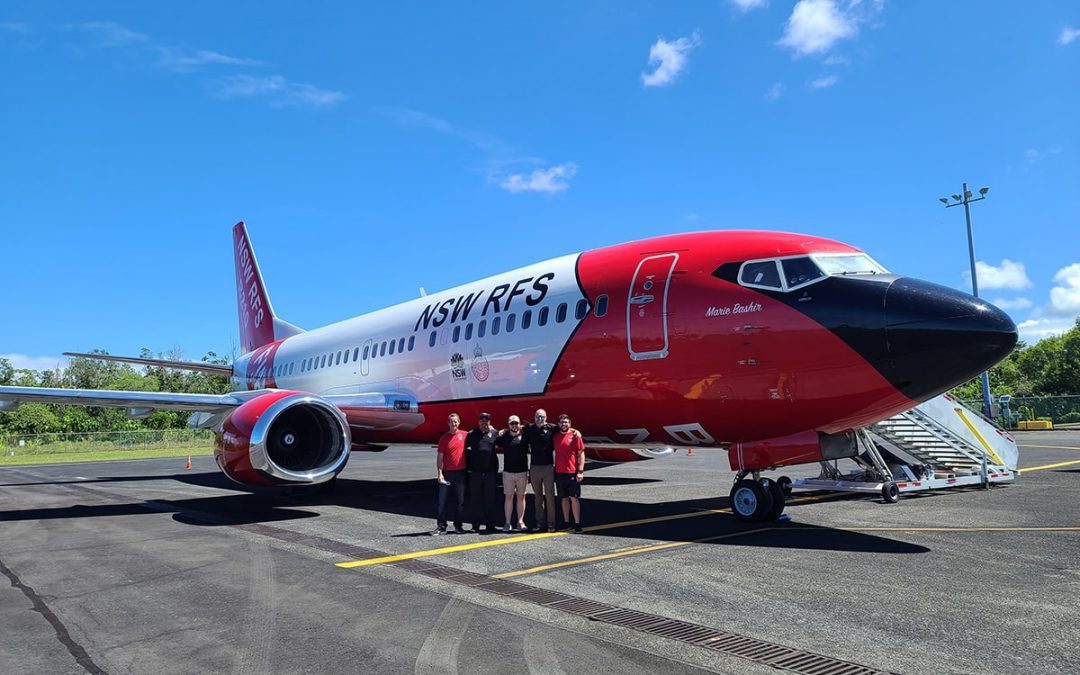 The Boeing 737 Marie Bashir, flying as Bomber 210, has spent more than 57 days operating in the USA working more than 40 fires at the request of the United States Forest Service.

The NSW aircraft and Coulson Aviation team members have flown firefighting missions in Idaho, Minnesota and Montana, protecting communities and supporting US fire agencies during a tough season.

Within a week of arrival, crews chalked up a first for Australian firefighting with the NSW RFS 737 FIRELINER™ deployed to a US fire.  While in operation, the aircraft dropped 1.8 million litres of fire retardant/water in 166 drops across 40 fires.

The 737 was crewed by both Australian and North American Coulson team members during its time overseas. It joined a number of Coulson Aviation owned and operated aircraft under contract to fire agencies across the United States.